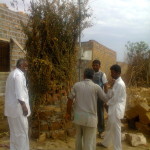 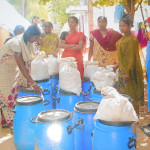 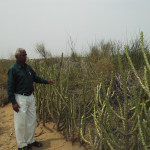 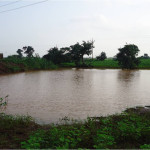 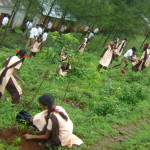 Environment – Seed broadcasting on the hill side

In an excellent example of collaboration between Govt and Suzlon CSR, Suzlon conducted massive plantation drive on 1st and 4th September 2016 on the hills close to its wind farm areas near Anantpur.

Suzlon has been taking up initiatives to green the hills in Vajrakarur and Urvakonda where it has wind farms. This has been done in various ways which included plantation of drought resistant saplings and seed dibbling in low lying areas. In the recent greening drive, Suzlon has planted saplings in the series of counter trenches dug across the hill for soil and moisture conservation by District Water Management Agency (DWMA), Anantpur. Drought resistant species and some horticulture trees were chosen for plantation. Most important part was to take up the plantation at the right time, immediately after the rains started so that the survival rate is highest. Saplings of various varieties such as Cassia Semia, Pongemia, Glyricidia, custard apple, rain tree, fig, Amla, Neem, Agave, Aloevera and Stylohemata were planted. Seeds dibbled on the hills will sprout immediately due to the moisture in the soil and air. Govt authorities too joined in the plantation drive.

Total 8 hills were covered in this greening drive with the support of District Administration – Ananthapur. 65,100 saplings were planted in the trenches where the pit digging was done by DWMA. DWMA also ensured the availability of saplings as plantation of such huge number would not otherwise have been possible. The villages where plantation was undertaken were Chabala, Malapuram, and Narpala. Implementing partners were Mass Educational Organization and Centre for Rural Action. In this drive Suzlon team was engaged to ensure post plantation care. 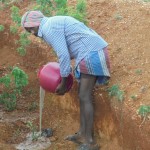 Watering to the plants 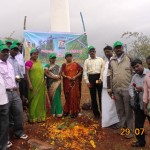 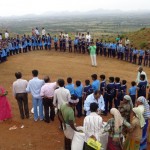 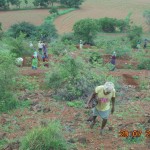 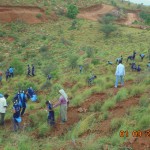 Seed dibbling by the students 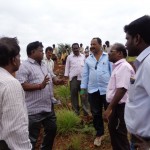 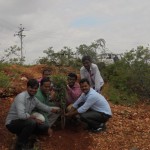 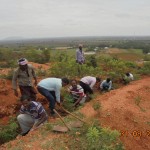 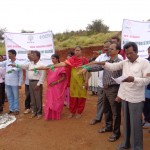 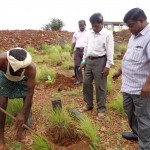 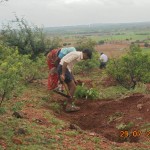 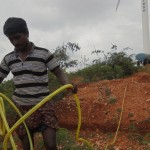 Watering to the plants in critical time